Faculty of Mathematics and Informatics
Home About Us History 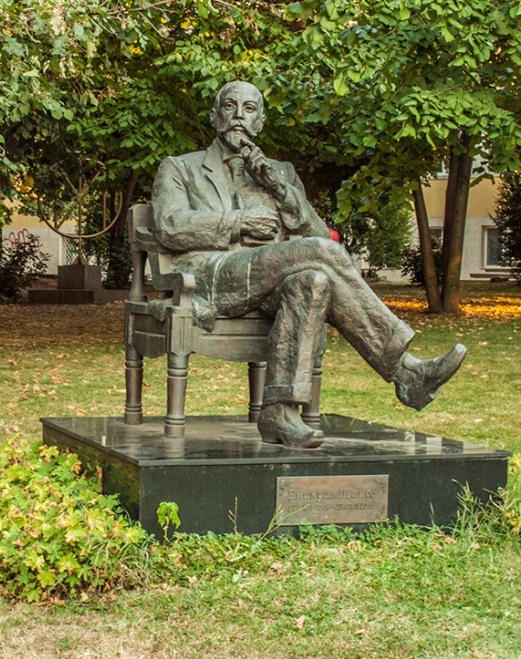 On 1st October 1888 the Higher Pedagogical Course in Sofia was launched. Four decades had passed since the Bulgarian Revival gave birth to the idea of creating a university of science. For the first time, the question of the opening of a university in Bulgaria was mentioned in Article 69 of the Draft Law on Schools in the Bulgarian Principality, which was passed at first reading in the National Assembly on 25th November 1880. The project was prepared by Ivan Gyuzelev and Irechek. From then until 1888 the establishment of the university was firmly called into question by the most zealous advocates of regulated Bulgarian education but also it encountered a great resistance.

On 6th October 1882 Irechek wrote in his diary, "Today, we, Genchev, Vatsov and I have had a dream about a Bulgarian university. We have done the following calculations about the Faculty of Law (7 professors), the Faculty of Physics and Mathematics (6 people) and the Faculty of History and Philology (5 people), all of them having a three-year-long course of studies approximately 300,000 levs per year. In other words, that's what the state council is worth. Of course, the current high school will house the faculties."

On his farewell dinner on 12th September 1884 Irechek made a toast for the "future Bulgarian university," though he was "overwhelmed with boredom and intrigue" in Bulgaria, and before that he professed that "he had come to Bulgaria as phlegmatic and calm, but that he became too nervous with such trouble and such a difficult life. "

After many obstacles, this idea was put into effect in a very modest form in 1888. The Ministry of National Education decided to open a two-year Higher Pedagogical Course in Sofia. A committee of the latter elaborated "Provisional Rules for the Settlement of a Higher Pedagogical Course in Sofia". It is noteworthy that it included people who later played an important role in the history of Sofia University, namely the philosopher Ivan Georgiev, the literary student Ivan Shishmanov, the mathematician Emanuil Ivanov, the philologist Lyubomir Miletic. The Higher Pedagogical Course was opened on 1st (13th) October 1888. Only the Department of History and Philology started working. The second department, that of Physics and Mathematics, of the Higher Pedagogical Course, was called "Higher School" on 18th December 1888 and was opened in October 1889. One of the university prgrammes of the second department was Mathematics and Physics. The first teachers - mathematicians in it were the Czech Teodor Monin, appointed as a regular lecturer from 1st September 1889 and Emanuil Ivanov, appointed as an exclusive lecturer from 1st October 1889. Thus, as Acad. B. Petkanchin points out in his article, "calculus" officially entered our country for the first time.

As of December 24th, 1894, the Higher School faculties and faculty councils were established by law, and the position of Dean and the titles of Professor and Associate Professor were introduced. On January 29th, the Higher School was given the status of university having three faculties, one of which was the Faculty of Physics and Mathematics. The second of these laws explicitly defined the already formed departments of all faculties. The departments of Mathematics were: Advanced Mathematics, Higher Analysis, Geometry and Analytical Mechanics.

After Teodor Monin and Emanuil Ivanov, until 1897, the following mathematicians were appointed at the Faculty of Physics and Mathematics:

These are the mathematicians of the first generation at this faculty who laid the foundations of the higher education of mathematics in our country.

In the period of 1889-1990 the prestige of the Faculty of Physics and Mathematics grew steadily. At the beginning of this period there were some fears that there were not enough candidates to enroll in it, whereas at the end of the above-mentioned period this faculty almost completely satisfied the needs of teachers in the country, and later of lecturers in this faculty.

In 1907 the University of Sofia along with the Faculty of Physics and Mathematics overcame a difficult situation. Due to students hackling Ferdinand the university was closed and the professors laid off. A few months later the university was open again and different professors were appointed. After another few months, however, another minister fired the newly appointed professors and restored the old ones.

Two years later a new misfortune followed. After a scandal between Prof. Spiridon Ganev and students in 1910, Professors Emanuil Ivanov and Atanas Tinterov left the university demonstratively. In 1911 Prof. Spiridon Ganev was fired. In 1912, Assoc. Prof. Georgi Stoyanov, who participated in the Balkan War, died. As a result, only professor Anton Shourek and the young assistant professors, Kiril Popov, Ivan Tsenov and Lyubomir Tchakalov taught at the Institute of Mathematics until 1st October 1914.

From the end of 1944 to 1948, the lecturers' offices were situated at 108 Rakovska Str., while the students were trained at 13 and 39 Moskovska Str. From 1948 to 1951, the lecturers' offices were located on the fourth floor and in the attic at 4 Stefan Karadja Str., while the classes continued to be carried out at 13 and 49 Moskovska Street. From 1951 to 1960, the teaching staff’ offices as well as maths classes were moved to the northern wing of Sofia University Rector's building at 15, Ruski Blvd., and from 1960 to 1971, they were located at 1 James Boucher Blvd.

From 1971 until today they have been housed in the building at 5 James Boucher Blvd.

© Faculty of Mathematics and Informatics